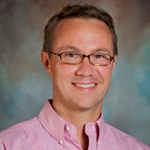 Emulsions are liquid-in-liquid dispersions of technological importance in diverse ﬁelds of application including foods, pharmaceuticals, and cosmetics. Simple emulsions (100nm<a<1um) are comprised of liquid droplets dispersed in a liquid. thermodynamically unstable, so kinetic stabilization requires emulsiﬁers, such as surfactants, polymers, and nanoparticles.  Although a general understanding of the role of emulsiﬁers in the kinetic stabilization has been developed during the last three decades, many details remain unclear.  Hence, the formulation of stable dispersions largely relies on an empirical approach.  We discuss ground-based measurements for emulsion formulations and underscore the importance microgravity in deconvoluting thermophysical processes related to emulsion stability.
Emulsions are

Biosketch.  James K. Ferri is Professor and Associate Chair of Chemical and Life Science Engineering (CLSE) at Virginia Commonwealth University (VCU) in Richmond, Virginia.  He has been a guest and visiting scientist at the Max Planck Institute for Colloids and Interfaces, Potsdam, Germany; the Consorzio per lo Sviluppo dei Sistemi a Grande Interfase and the Department of Chemistry at the University of Florence, Florence, Italy; the Suzhou Institute for Biomedical Technology, Chinese Academy of Science, Suzhou, China; and the Future Industries Institute, University of South Australia, Adelaide, SA, Australia.  His research focuses on the stability of disperse systems, smart nanomaterials, interfacial phenomena, and additive manufacturing.  His research has been funded by the National Science Foundation, the National Aeronautics and Space Administration, and the U.S. Department of Education, as well as through industrial partnerships.  He has received awards from the Deutscher Akademischer Austauschdienst (DAAD), the Max Planck Society, the Alexander von Humboldt Foundation, and the Camille and Henry Dreyfus Foundation