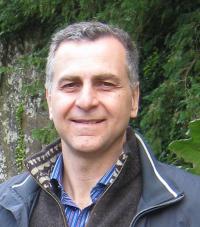 Abstract: The Z specification language is one of the first formal languages
intended for the specification of software systems. It is a language
based on set theory and first-order logic. Z specifications take the
form of state machines. In this seminar I will give a brief introduction
to Z by means of practical examples. The goal of the seminar is to show
to students that formal specification is helpful to understand what has
to be implemented.

Titolo: Programs as formulas (not as proofs)

Abstract: After the Curry-Howard correspondence and the type theories developed in
the past decades, it emerged the idea of programs as proofs (of their
properties). That is, if we have a proof P of a theorem T, we can make P
a program whose type is T. This theory was a major breakthrough in
programming language design and software verification. However, in this
talk, I'll show an alternative and, in some sense, previous view:
programs as formulas. In other words, let's make the very formula to be
a program; that is, we don't need to make a proof to have a program. In
particular I'm going to show {log} (setlog), which is a programming
language but also an automated theorem prover. In {log} formulas are
programs, and programs are formulas. We can use the same tool and the
same language to specify programs, to simulate these specifications, to
generate test cases and to prove properties of them. {log} works with
formulas over the theory of finite sets, which allows for the
specification of large classes of programs.